Oakwood were engaged by a main contracting client, to complete a 3D Laser Scan of a newly erected structure. Our client suspected that a large, cantilevered section had visibly deflected when the temporary props were removed.

Over the course of 3 days, we laser scanned the entire building to measure the effect of the potential error on all structural elements. Overlaying our 3D point cloud with the proposed BIM model, we found that unforeseen movement had occurred throughout the building. The end of the cantilever had significantly deflected, by a total of 189mm. Columns, away from the cantilever portion, had distorted by up to 52mm vertically and twisted by 1°.

We produced a series of simple 2D plans, elevations and details that clearly illustrated the erroneous geometry. These allowed our client to instigate and execute the requisite remedial works successfully. 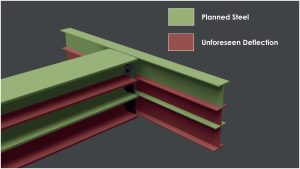 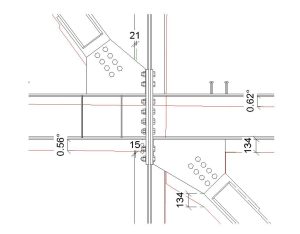 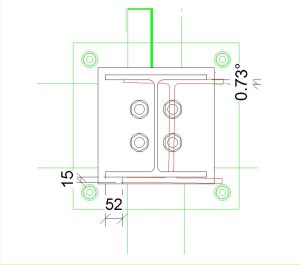